Skip to content
Alles Walzer! The wal(t)z allegory
If you visit Vienna for New Year’s ,try to waltz.

Vienna is known for its art and culture. There’s a variety of museums for the visual arts, a wide range of theatres providing countless opportunities to enjoy the performing arts, and there’s opera and concert halls providing an ample supply of music. But even beyond all that, when the occasion arises, there is dancing everywhere in Vienna. Waltzing. It’s a big Austrian tradition to dance a waltz at the turn of the year. Year after year begins with a festive throng of people dancing to the Blue Danube Waltz in every possible public square.
Almost no other motif runs through the past 250 years of highly turbulent Viennese history quite like the waltz. It began to replace the French minuet as the most popular dance in the 18th century. The waltz had its final breakthrough when the European aristocracy met at the Congress of Vienna to redraw the borders of Europe after Napoleon’s defeat in 1814/1815. Naturally, all eyes were on Vienna. And Vienna waltzed. Since then this dance has been inseparably linked with Vienna.
Incidentally, waltz comes from the Middle High German word “walzen”, which means “to turn”. Just like the German word “Walze”, meaning a roller, the tool with which painters apply paint to a wall as evenly as possible. Well. Not necessarily always evenly. In Vienna you can find rolled patterns in many stairwells, particularly in old buildings dating from the late 19th century. These were applied with textured rollers. As this element is so typical of Vienna, and in particular of the area around Naschmarkt, we have incorporated references to Naschmarkt as part of the redesign of the entrance area and lobby in Wombat’s The City Hostel Vienna Naschmarkt. The textured rollers we used for this were real antiques. After this technique no longer came to be used in new buildings, it survived mainly thanks to the many old buildings. Just like the Viennese self-image of being the centre of the world around which everything revolves.
Even though the monarchy has fallen and the borders of the state have contracted, Vienna still remains (at least in spirit) the capital of an empire that has ceased to exist a long time ago.

Awarded Most Popular Hostel in Vienna

Since 2012 one of our two hostels in Vienna was awarded Most Popular Hostel in Vienna at the HOSCAR award every year. 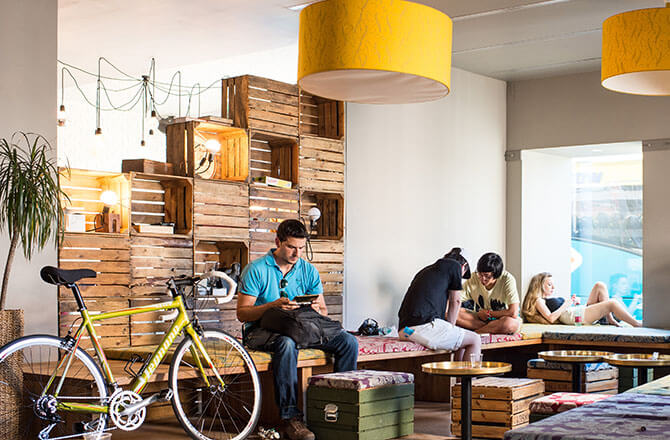 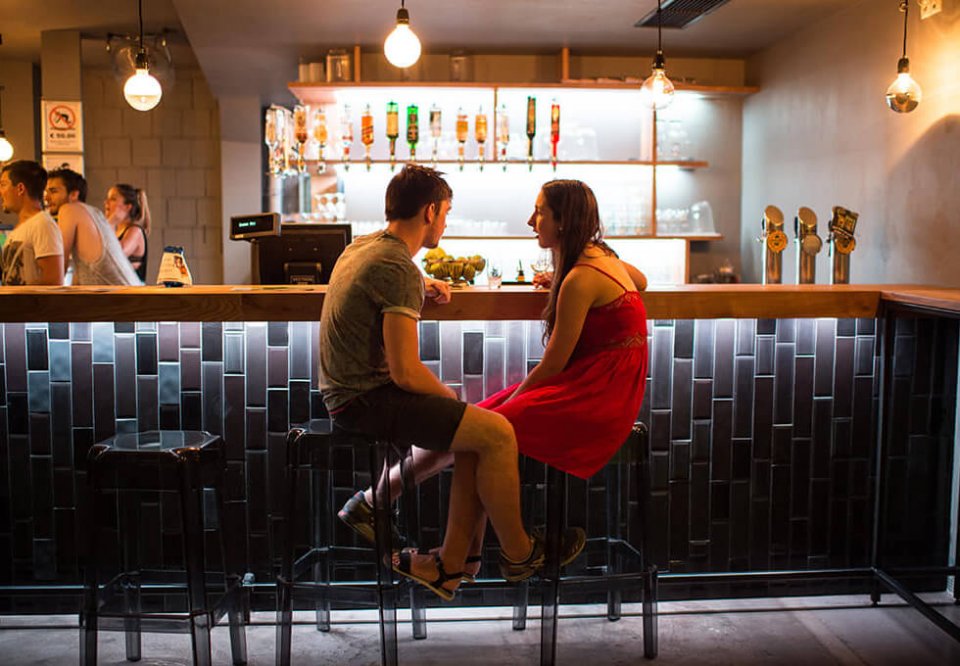 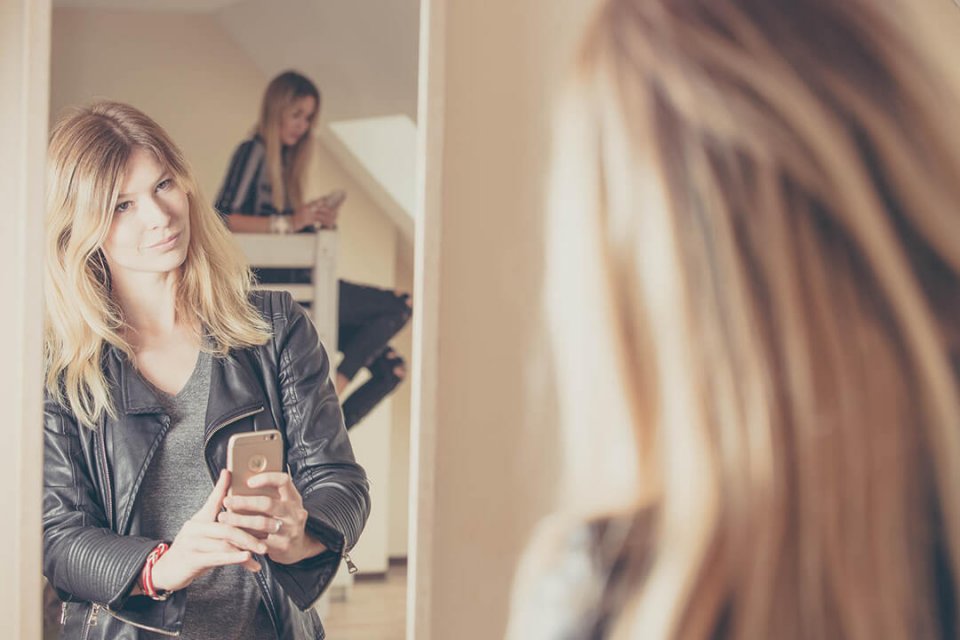 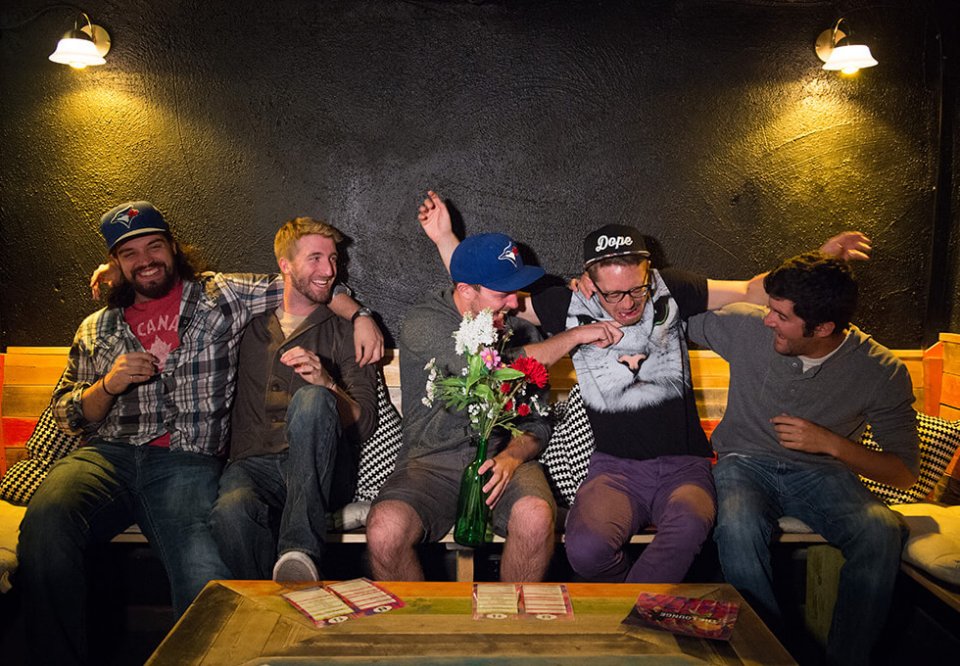 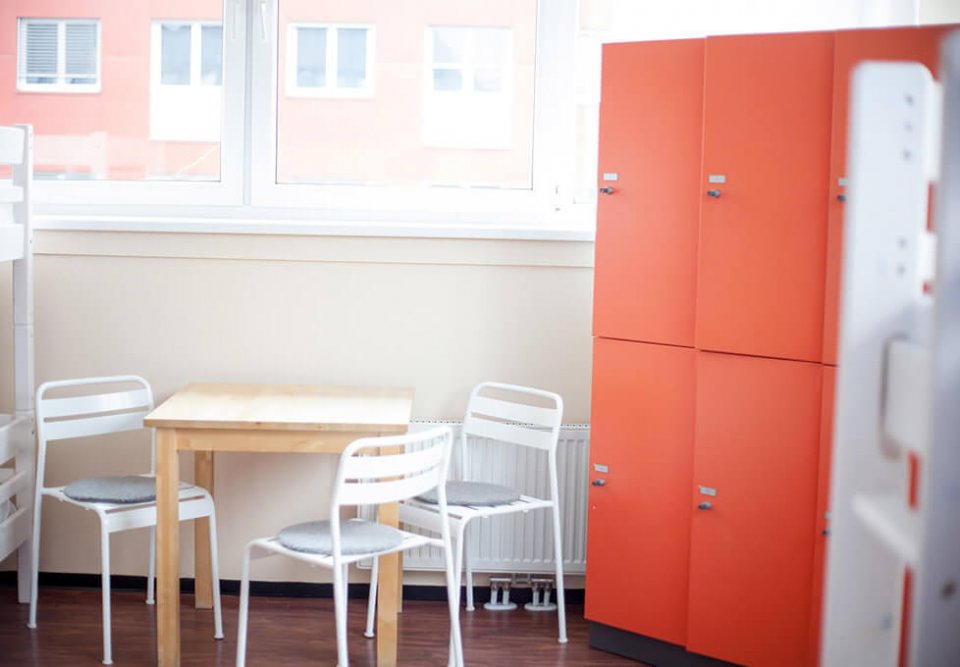 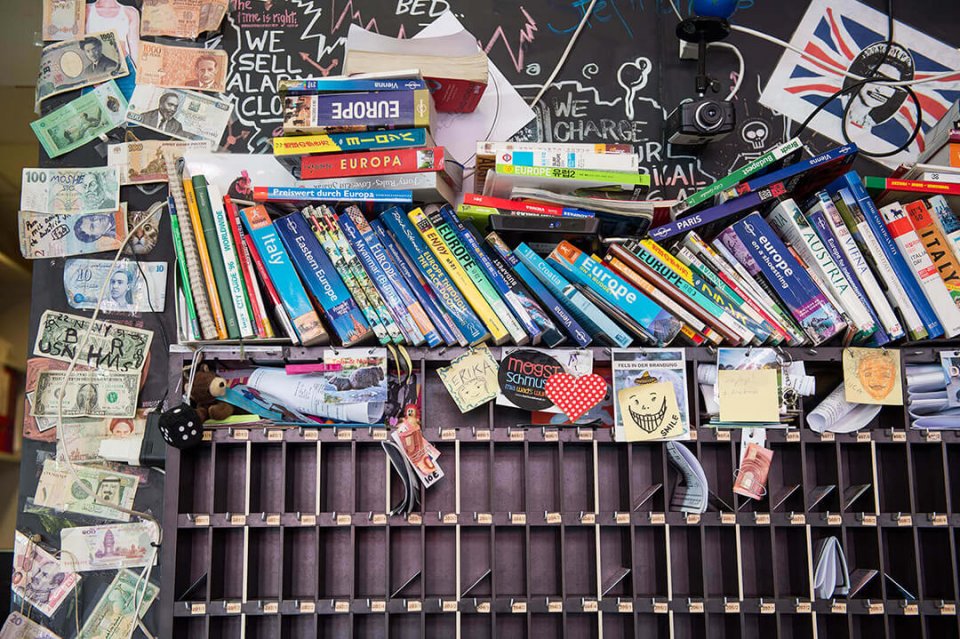 A homeaway from home
go to Gallery