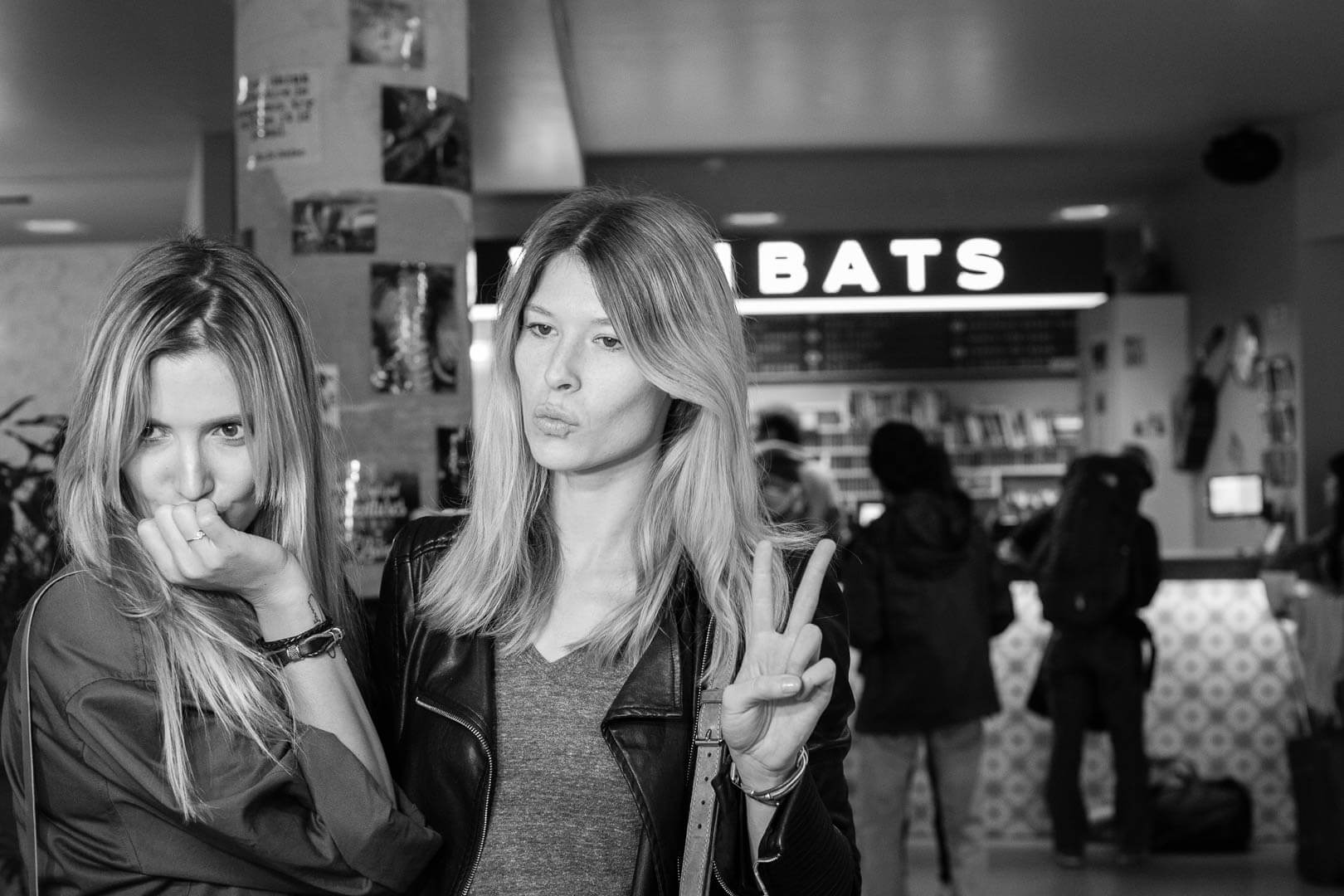 For the 9th consecutive year now, Wombat’s The City Hostel is an official model accommodation for the MQVFW.19.
The Fashion Week takes place in Museum Quartier, just a 10-minute stroll from either of the Wombat’s in Vienna. It has become an ever-growing event, that may not yet put Vienna in the focus of the fashion world as the fashion weeks in Paris, Milano and London do. But it definitely puts fashion in the focus of Vienna, as the creative fashion designers and fashionistas of the region gather and mix with an international audience. It’s this mingle that creates a great personal, yet professional atmosphere. Over 10.000 guests visited the shows last year and many recurring visitors came back for the shops. The shows feature local labels, Viennese design schools, as well as renown international brands.
A special thing about MQVFW is the long term cooperation with designers from Thailand. On September 12, they are celebrating their 10th anniversary. On this occasion, three Austrian and three Thai designers show their collaboration representing the history of 150 years of trade relations between the Kingdom and Austria.

The event will start off with excerpts of Marcel Ostertag’s collections “Heroes” and “Lovers”. The organisers are really excited that the designer is back in Vienna presenting his work. Marcel Ostertag is a former ballet dancer of the Viennese Opera Staatsballett. For his autumn/winter collection was inspired among other things by David Bowie, Grace Jones and Doris Ostertag, the designer’s mother.

At the same time, there will be many pop-up stores, fashion-specific events and parties during the whole event. Vienna will turn into great fashion festival. Every day a different event will take place at different hotspots in the city. An absolute must for fashion fans and the ideal platform for creative minds. The official Vienna Fashion Week Party 2019 will be on September 14, at Pratersauna including VIE I PEE. 5 floors and 10 DJ will be ready for fashionistas and party animals.

In short, the MQ Vienna Fashion Week is a hidden gem in the fashion world and would definitely add a great, authentic, off-the-beaten-path experience to your stay in Vienna. 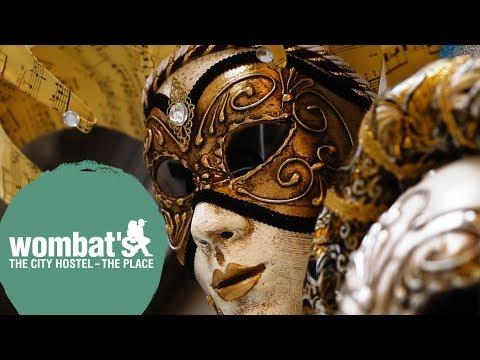 If you want to watch this (YOUTUBE, VIMEO) Video, an element of personal data (your IP address) is sent to the operator of the video portal. It is possible, that the video provider stores you access in order to analyze your usage of this web page.

If you click the play button again, a cookie will be placed on your computer so that the web page knows that you have consented to view this embedded video in your browser. This cookie does not store any personal data, it only recognizes that a consent has been given for displaying the embedded video on your browser.

More details can be found in our data privacy statement

Ever since wombat’s started expanding, Italy was high up on the bucket list. We’ll be opening wombat’s VENICE Mestre this summer and after 20 years in business wombat’s finally sets foot on Italian soil.

Carnival, masks, bridges, canals, gondolas and culture. Overcrowding, floods and high prices. Venice is a unique city, one that has a lot to offer and also a lot to deal with. It has been attracting travellers for hundreds of years and yet it still offers a lot to discover. Venice is definitely one of the destinations where avoiding the beaten path really pays off.

We can’t wait to finally open our wombat’s in this unique city.

As you know, style is at the fore of wombat’s, with a unique design of each hostel reflective of its cultural location. The interior of the new wombat’s is inspired by the city of bridges and the lagoon. By the contrast between the functionalism of a hostel and the opulence of this precious city. Breaking down the abundance of Venetian decor to its core and spreading the elements throughout the hostel. Be it the colours and shapes of the facades, the ornaments or the blue of the water, we want our new hostel to reflect the feel of Venice.

It will be nicely pepped up with graphic design elements inspired by the Italian futurism and decoration elements that honour the traditional role of Venice as the Mediterranean trade hub. We have a lot of love for Venice and we really want to show this in our hostel located just at the doorstep of this a great city.

Among all the lovely details there’s one thing that makes wombat’s special; The hostel atmosphere that we all love, travellers sharing not only a space, but an experience. Creating an authentic home away from home.

You’ll find no more than eight beds in a dorm. The spacious dorms and private rooms are decked out with modern interiors and ensuite bathrooms. Private locker boxes and key-card only access ensure extra security. Want to post that selfie? There’s decent Wi-Fi throughout the entire building. Run out of clean pants? There’s a self-service laundry. Starving or want to impress your roommates? Cook up a storm in the guest kitchen for self-made feasts. Hungover or need fuel for a Venice expedition? There’s an all-you-can-eat breakfast buffet to fill yourself up. Not hungover yet? There’s a bar with happy hours for beer and cocktails.

We’re thrilled about the opening, but we are also well aware of our responsibility. Venice faces a huge problem with the overcrowding on the main islands and we’ll also bring in lots of travellers. That’s why we want to help our guests to open up for a more responsible tourism with respect for the cultural heritage of the city and the lagoon.
We want to embrace all possibilities to explore off the beaten paths and stay open for authentic experiences.

Our new hostel is not only inspired by Venice, it is also located just at its doorstep. Venezia-Mestre is the part of town that lays on the mainland and connects to the islands through Ponte della Libertá. Mestre is actually home to two thirds of the

population of Venice. Mestre is less a facade and more a very down to earth Italian city. In a way, even the Mestre also reflects that contrast between the opulent and the functional.
Nevertheless Mestre is also and foremost a traffic hub with an international train and bus station. From the main entrance of wombat’s you will find a pathway directly to the platform number one, where all trains to the islands stop.

However, the proximity to the train station connects you to more than ‘just’ Venice. The charming cities of Treviso and Padova are also only 20 minutes away. If you would even consider to take a train ride of roughly an hour, you could reach gems such as Vicenza, Ferrara or Verona (home to the love story of Romeo and Juliet) for a day trip.
We have the feeling that this area will develope beautifully within the next couple of years and we’re happy to form part of this.
It is indeed a great alternative to staying on the islands, as all international trains and buses stop in here.

Read about the 11 Dos and Donts to visiting Venice for the responsible and intrepid traveller.

We proudly announce the addition of a new wombat’s CITY Hostel to accompany our existing one in Munich.
As a privately owned company, we focus on projects that really suit us, projects that allow us to grow with them and excite us. Lately we’re getting more ambitious when it comes to expansion. Therefore we are very excited about this new hostel being part of a big development project just behind Ostbahnhof.

The whole new district is called Werksviertel. It is going to be a new cultural and lifestyle hub for Munich. It includes projects such as a new concert hall, various clubs and a climbing site.
Werksviertel has a lively history. It was once home to traditional companies such as, Optimol, Konen, Zündapp and Pfanni. On these grounds potato dumplings were produced, motorbikes put together, lubricants refined and clothing tailored.

These days the factories at the Ostbahnhof are no longer in use. Nevertheless, the area has retained its busy, industrial factory vibe. Developers and architects want to keep the special feel by creating a dramatic contrast between the historic structures and the modern buildings. Located just next to the public transport hub Ostbahnhof, the new urban district will also be superbly connected.

“The project area is being treated not as a blank canvas, but as a process. With the arrival of the new, the old must also be preserved. The upgrading of the area is characterised by quality and pragmatism. At the same time, the east of Munich will experience a new injection of dynamism and modernity,” stresses the brand ‘Werksviertel’ on their website.

Another goal of the project is to fit together some of life’s most important aspects: home, leisure, work and travel. Around 1,200 new homes are planned for 3,000 citizens. Long-term plans see the creation of up to 7,000 new jobs.

The grounds of the former Pfanni factory, now owned by OTEC GmbH & Co.KG form the epicenter of the project. After Pfanni closed the factory in 1996, the area was home to projects such as ‘Kunstpark Ost’ and ‘Kultfabrik’ until the end of 2015. Besides the flagship project, a new concert hall, plans for this area include the new wombat’s CITY Hostel, several restaurants, entertainment venues and event locations.

Werner Eckart, Proprietor and Managing Director of OTEC GmbH & Co.KG says, “with the Werksviertel development, we are drawing on the history of the site. This will create a distinctive district with a strong character.”

Located directly in the heart of the Werksviertel, we will open our hostel with 500 beds in 2020. It will form part of the tallest building called WERK 4.
The architects of Steidle Architekten plan WERK 4 to be somewhat of a landmark.
Our new hostel will share this space with a serviced appartements provider and a climbing site. If you are a climbing enthusiast, you will find the climbing site with 900 sqm boulder facilities and 1200 sqm of climbing space in- and outdoors just next door.
Steidle Architekten mention on their website, “the current activities and uses are to be gradually cultivated, condensed and updated, while new developments are being launched in parallel.”

The new wombat’s will feature all the amenities common to our standard with the highlights of a womBar, that is open to the public and open air common areas.