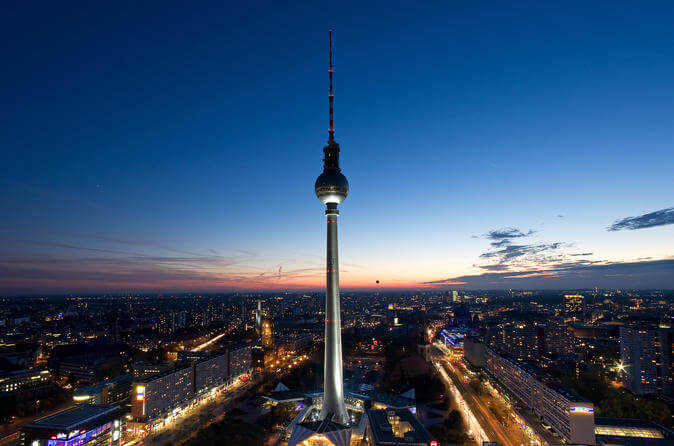 Berlin, NightlifeLeave a Comment on 10 Things to Know About Nightlife in Berlin / 0 Comments / by womblogger

Berlin is famous for its awesome nightlife: countless bars, pubs and events, combined with one of the best club scenes of the world. When travellers arrive at our wombats CITY HOSTEL Berlin, one of the first things they want to know is where they should go out…

As for us, we think that too much buzz is made about the famous clubs which are mentioned in all the travel guides and magazines. In fact, there are so much great places to go out that you can have great fun everywhere in this town.

Just bear in mind the following 10 facts of Berlin’s nightlife to find what you want and have a fun night out:

1. Where the nightlife happens: Mostly in the (former) districts „Mitte“ (middle), north of it in Prenzlauer Berg, Friedrichshain (east) and Kreuzberg (south).

2. District “Mitte” was really wild and cool in the 90ies… By now, it has become commercialized and not as hip as it was back then. However, if you are looking for a wide range of pubs and bars, the “Oranienburgerstraße” (Oranienburger street) might be a good starting point for a night out.

3. “Prenzlauer Berg” is the place where the scene moved on to when “Mitte” became too commercialised. Kollwitzplatz, Helmholdtplatz and Schönhauser Allee are now the best neighbourhoods to find loads of “drinking holes”. Beware of the “Kastanienallee” street: this place is overpopulated with “too-hip-crowds”.

4. “Friedrichshain” is still one of the least gentrified and most alternative districts of Berlin. Here you find industrial wastelands turned to huge clubs as well as cosy pubs offering great numbers on outdoor seats on the wide sidewalks.

5. “Kreuzberg” is… Well, it’s considered a city of it’s own rights in terms of going out and having fun. Our recommendation: just spend an entire day and night there to check it out. Enjoy!

6. Don’t make plans: Just let yourself go, ask Berliners where to find good parties tonight and enjoy whatever comes up.

8. “The later the cooler 2”: Don’t go to any clubs before midnight! On the other hand, sometimes you can take advantage of happy hours or reduced entrance fees when showing up early.

9. Outfit: the local chic is to look spectacularly underdressed. But beware: Berliners spend hours to make up their outfits to make them look as if they wouldn’t care :)

10. The good news for the day after: You can have breakfast anytime before sunset. So don’t mind getting up early.

back to blog overview
tagged
Clubs
powered by medani gmbh