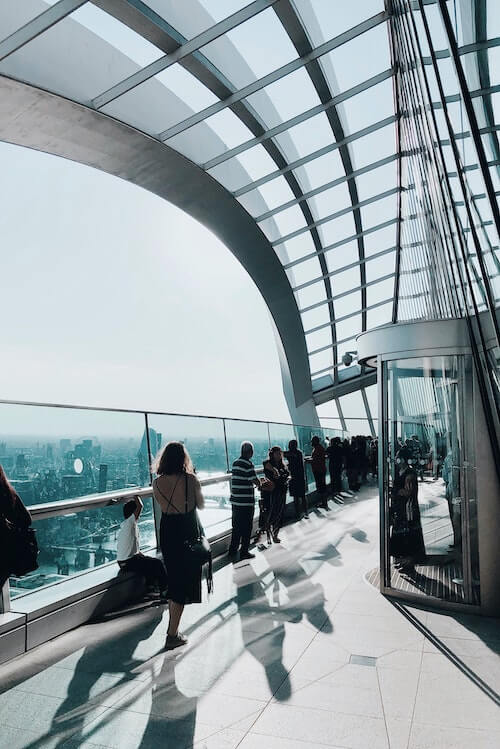 Experienced backpackers and city travelers know it well: after being trapped on a train or plane for many hours or after extensive sightseeing, you just need a break. A break from the city’s heat, a break from crowded places.

Here’s our favorite outdoor places to hang out this summer:

Vienna: Island in the Stream

Vienna is not exactly lying on the Danube. Instead, the city is situated next to the river. That means that if you take a stroll through the city centre, you won’t see the Danube.

The good news is that the impressive river is just one subway ride away. Our Vienna City Hostel has a subway station just next to the main entrance. So, in less than 20 minutes you can experience a totally different Vienna as you travel from the city to an island, the “Donauinsel” (Danube Island).

The “Old Danube” is a former arm of the Danube which is now a lake. It’s the ideal place to spend a day swimming and chilling alone or with friends. Rent a boat and enjoy a drink on board…

The Danube Island is also the where the yearly “Donauinselfest” is hosted. This is Europe’s biggest free festival! Talking ‘bout festivals…

Budapest: We Have an Island As Well!

Same river, same concept: there is also an island on the River Danube in Budapest! Once again, it is less than 20 minutes with public transportation away from your Wombat’s City Hostel Budapest.

In contrast to Vienna, the Danube runs right through Budapest, dividing the city into its two districts Buda and – yes, you’ve guessed it – Pest!

The island “Margit-sziget” is far smaller than Vienna’s version, yet it is just as popular with locals as a recreational area. Come here and enjoy perfect picnic spots in the shade of a tree or take a swim in one of the pools.

The island maybe best known among younger travelers for its legendary Sziget Festival (“Island of Freedom”). The next instalment is scheduled for August 2022.

While Budapest’s Sziget Festival is on hiatus…

As mentioned in the description of our new Wombat’s City Hostel Munich Werksviertel (opening Sept. 2nd!), there is a new, extremely exciting area emerging in a former industrial district of Munich.

The Werksviertel in the east of the city will host the festival “Freilichtbühne am Knödelplatz” from mid July until the beginning of August. It offers an open-air program of live concerts, musicals, theater and stand-up comedy. After that, the Werksviertel will be the center of the international graffiti scene as the renowned Female Graffiti and Street Art Festival ‘Hands Off The Wall’ will stop there from July 31st to August 1st.

In cooperation with Munich Film Festival (and some other festivals of the genre), the new pop-up, open-air cinema at the HFF (University of TV & Film) will show comedy, short film, TV series and documentaries. The program runs daily until August 15th with free entry on select evenings! The best part is, the festival takes place just 20 minutes’ walking distance from Wombat’s City Hostel Munich Hauptbahnhof.

London: Open-Air-Feeling under a Roof

Leave Wombat’s City Hostel London heading northbound, then take a left in the direction of Tower Hill, go straight onto Great Tower Street and after a 15 minutes’ walk you will see the “Walkie Talkie”. That’s what the building at 20 Fenchurch Street is called due to its characteristic shape.

This exact shape is the reason why the skyscraper was awarded the “Carbuncle Cup”, a notorious prize for ugly buildings.

Anyway, the building’s exterior is not why we recommend a visit. Inside, on the rooftop floor, you’ll find London’s highest garden as well as a spectacular view over the city. There are two major advantages of “Sky Garden”: 1. It’s not open-air only (see photo at the top), which is never a bad idea with London’s weather. 2. Admission is free, you just have to register (online at skygarden.london) for the visit.

Of course, if you desperately want to spend some money – there is always a way to do that in London. “Sky Garden” offers a lot of opportunities – Bar, Restaurant, DJ Lineup, Morning Yoga and more…

Enjoy your next trip & stay safe!