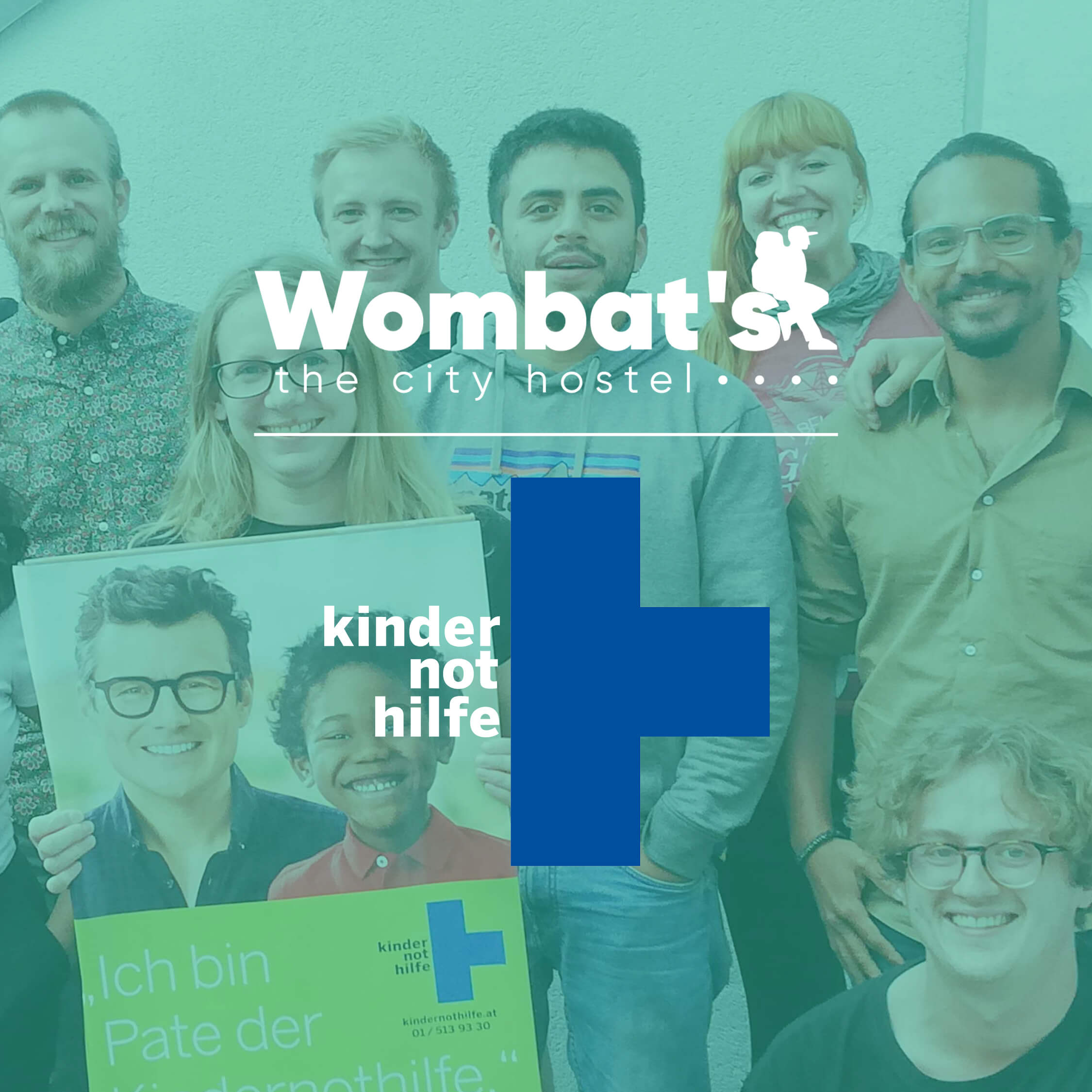 This special day was first established in 1954 as Universal Children’s Day and is celebrated to promote international togetherness and to raise awareness of, and improve children’s welfare worldwide.

We at Wombat’s want to celebrate World Children’s Day with you – and with a very important organisation that’s celebrating its 25th anniversary this year: the “Kindernothilfe Österreich”.

This Austrian non-profit association that was founded in 1996 with the aim of giving as many children as possible in the poorest regions of the world a better life. For 25 years now, they have been operating in more than 30 countries implementing projects for sustainable development, providing humanitarian aid and working towards the elimination of poverty.

Wombat’s City Hostels is a proud long-time partner and supporter of “Kinderhilfe Österreich”. Marcus and Sascha, Wombat’s bosses: “We don’t just talk about social responsibility, we want to live it. We want to accompany children in the long term in order to bring about sustainable change.”

Thanks, Kindernothilfe for this nice blog-entry! And if you want to support them – please click here!