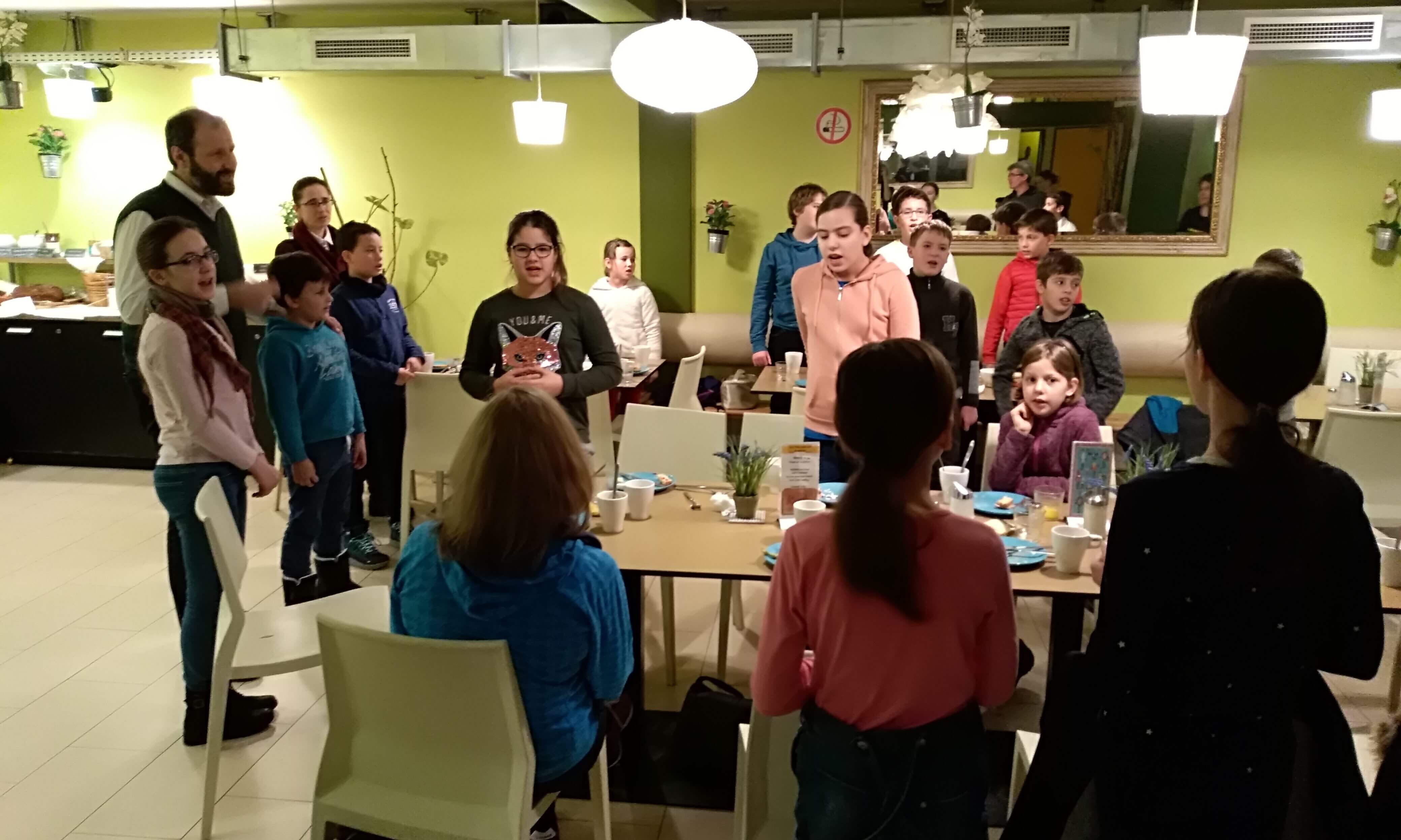 Everybody who stayed at wombat’s Vienna the Lounge shortly before Christmas will remember the little musical interlude at breakfast. At that time we had a very special guest: the children’s choir Dia.logos from Sibiu, Romania. During their concert tour in Upper Austria and Vienna they spent one night with us and surprised us with a little Romanian Christmas song in the morning. What a nice gesture, that sweetened the morning for the guests and the staff! 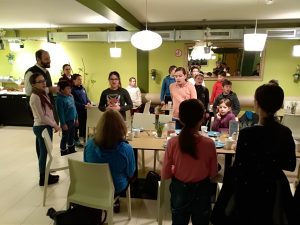 The children’s choir Dia.logos is from the Transylvanian city Sibiu, which is one of the most important cultural centres of Romania and was designated the European Capital of Culture for the year 2007. Dia.logos was founded 3 years ago by the priest Alexandru Ionită who supports projects for disadvantaged children living in great poverty on the outskirts of Sibiu. One of the projects he supports is the “Caravana Gypsy Jazz” Ensemble, consisting of seven ambitious musicians. At the same time the Caravana Gypsy Jazz is an education project that offers a perspective to young people from disadvantaged families, offering them music lessons by the members of the ensemble. The initiator of this project is Emanuel Mario Bebe from Bucharest, who also grew up in a children’s home and calls it his “soul project”.

With the help of wombat’s and that of many others, the children’s choir Dia.logos was able to realize this trip. The voluntary donations collected at the three benefit concerts can now be used mainly for the educational project of Alexandru Ionită, for disadvantaged children living in great poverty on the outskirts of Sibiu. The high sum of 1.000.- Euro will go into the music project with the group Caravana Gypsy Jazz.

As Teresa Leonhard, another supporter of the project said, it is beautiful to see how music is is able to build bridges. We are very happy being part of this great project and would love to welcome them again! 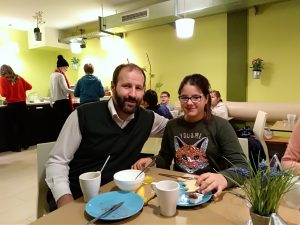 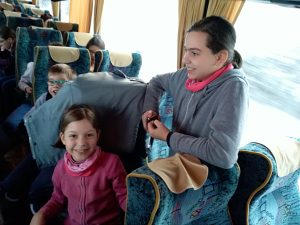